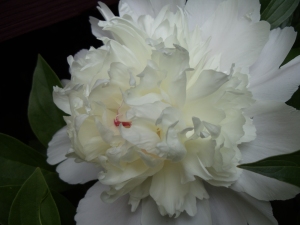 Blog Hop is a blog tour showcasing authors and their writing process. I was honored to be tagged by Kristin Lenz, writer of YA and New Adult novels, and all around super fly, groovy chick. (Thank you, Kristin for inviting me!) I tagged another YA writer extraordinaire, Ann Finkelstein, for the next leg of the Blog Hop. You can learn more about Ann at the close of this post.

So, here we go with the Q & A portion of our program.
I hope you are grading on a curve. (And remember, I was promised there would be NO math problems.)

What am I working on now?
I just finished my second contemporary middle grade novel, SHORT CHANGED, at the end of May. Thankfully, as I was wrapping up novel two, ideas for middle grade number three began to percolate. Did I mention Ray, the main character of this novel, is forcing me to learn to knit because he likes to knit? He takes his protagonist role very seriously. I don’t want to disappoint him.

How does my work differ from others in its genre?
It has my voice. What would be the point of imitating anyone else? We already have a Jerry Spinelli and Sharon Creech. I like to blend humor with tenderness (tempered with enough references to boogers or puke to make it believable and boy-friendly).

Why do I write what I do?
Writing middle grade is a sweet spot for me–readers are still young enough to appreciate my dorky sense of humor, but sophisticated enough to handle more complex plot lines, language and themes. But I don’t have to write any “content.” (blushing) I know. I know. I’m such a ninny.

How does my writing process work?
First off, you should know, I never ever intended to write a novel, much less two, going on three. I remember showing my grandpa one of my published magazine stories. He said, “That’s good, Vick. Now, where’s your novel?” I told him flat-out, “I’m not a novelist. There’s no novel in me.” (See? Such a ninny I am.) It wasn’t until a friend asked me to collaborate on a novel with him that I ever thought to attempt such a crazy thing. I mean, novel writing was for, sheesh, I don’t know–novelists. But I reasoned that before I co-wrote a novel, maybe I’d better see if I’m capable of creating a one on my own. And so it began.

My first middle grade novel, SHRINK, germinated from a short scene based on a childhood memory. The story took on a life of its own as I began to ask why–why did the main character say that? Why does he feel this way? Why did he make that decision? To whom is he telling his story? And why? Because I was neon green at novel hatching, I pretty much let the characters run the show, which meant I had a lot of clean up to do on the back side. (Kids are not known for their logic or consistency you know.) I still love the characters in that first novel and even miss them when I see a real-world kid who looks like one of them. I must have done something right.

My second novel was inspired by a stupid idea. I thought it would be clever and ironic to write a novel with the title SHORT STORY. But that, I was wisely advised, would get way too confusing. So, I changed the title to SHORT CHANGED, but kept the basic story. I tried writing this novel on my own, like the first one, while trying to avoid the rookie pitfalls. But eventually, I opted to enroll in a novel-writing course through the Institute of Children’s Literature. The individualized instruction and the built-in deadlines helped me progress. I’d recommend taking an ICL class. If you want to know more, just let me know via my contact page and I’ll get right back to you.

My third novel is unfolding very differently. I want to plot and plan and outline before fully immersing myself in this novel. I am gathering articles and ideas too. And, as I mentioned earlier, I’ve got to take those knitting lessons. I’m also going to “interview” each of my characters in order to create character sketches. I treat characters like they are already fully-formed people. It’s my job to get to know them and create a world for them to live in and circumstances to respond to. (And how “simple” is that?)

Based on what I’ve experienced so far, I love the entire novel-writing process–the first niggling from a new idea, meeting my characters, creating that first draft, revising (ad nauseam), receiving critiques, revising again . . . I love it all. Except when I don’t.

(I hope I got the answers right.)

The next stop on the Blog Hop tour will be hosted by my talented friend and Sock Sister Ann Finkelstein. Ann writes young adult novels in Michigan. She enjoys biking, hiking, cross-country skiing and photographing the great outdoors. Read more about her. You can read Ann’s brilliant answers about her writing process on Friday, June 20. Don’t miss it!

Writing in English is the most ingenious torture ever devised for sins committed in previous lives. ~ James Joyce

Thank you for leaving a reply. Cancel reply