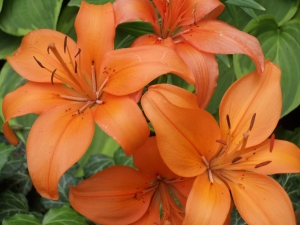 I am not a risk-taker, generally speaking. I wear my seat belt, hand sanitizer and sunscreen. Brush twice a day. Eat my burgers fully cooked and avoid stepping on sidewalk cracks.

Yes, I’ve been on the back of a motorcycle (once). I floated in the gondola of a hot air balloon, sat in the front seat of a whirling helicopter, cuddled with a Burmese python, sang an original song to hundreds while wearing a helmet with horns and even walked the streets of Chicago’s north side, but those were exceptions to my usual play-it-safe life. Oh, and once, I even used a public restroom without putting one of those paper doilies on the seat first. So, yep, I guess you could say I’ve sauntered on the wild side a time or two. (I saw you roll your eyes, by the way!)

But here’s what I know: you get what you risk for (or at the very least, you up your chances exponentially).

This spring, comedian Jim Carrey addressed the graduating class of Maharishi School of Management in Iowa. In a rare moment of transparency, Carrey shared how his father had the potential to be professional comedian, but opted to become an accountant because he thought it was the safer choice. It was not. He lost his job.

“So many of us choose our path out of fear disguised as practicality,” Carrey said. “I learned many great lessons from my father, not the least of which, was that you can fail at what you don’t want, so you might as well take a chance on doing what you love.”

Is there a polished manuscript that’s “circling the airport” because you’re afraid of rejection? Submit it.
Is there an agent you want to query? Do it.

Feel the fear, but do what you want to do anyway. You can do this. (And I will join you.)

A ship is always safe at the shore, but that is not what it is built for. ~ Albert Einstein

Thank you for leaving a reply. Cancel reply